This is a sample of my work as an advertising creative in blog format. Some of it entertaining, some of it provocative, and all of it effective.

Florida Vault
I worked for NCSA developing, marketing, and managing creative and production for the launch and growth of the Florida Vault app. This included supervising a team that created over 1,000 videos for the app and creative directing the digital and social media campaign for the app’s promotion.

Chrysler Museum
An assignment so cool it doesn’t need an explanation. 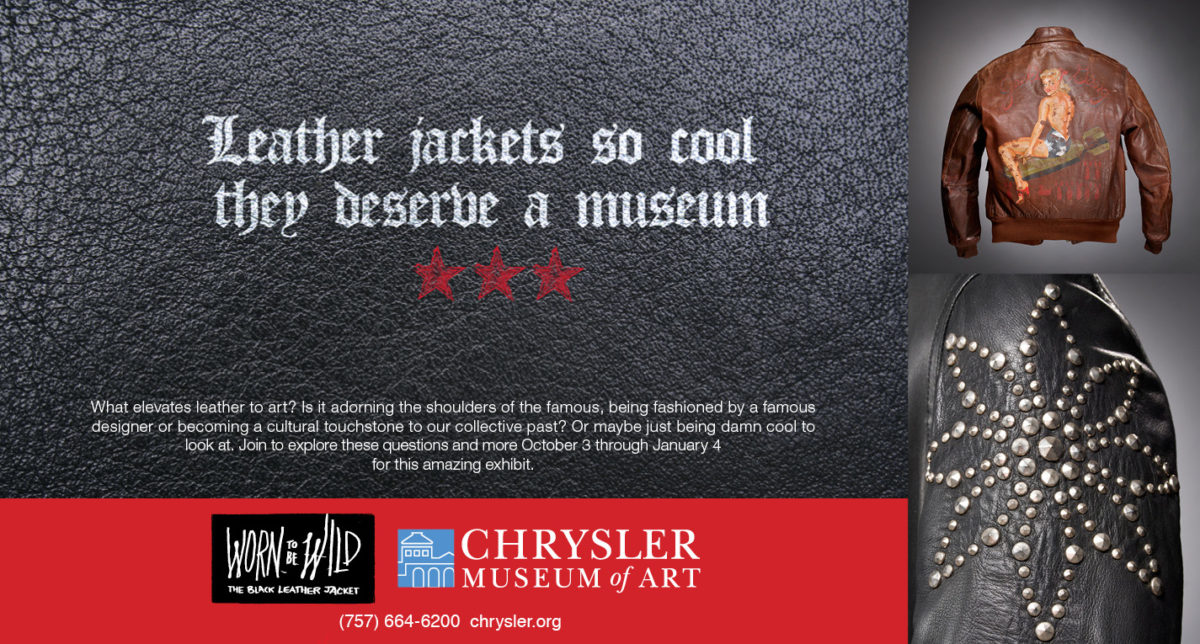 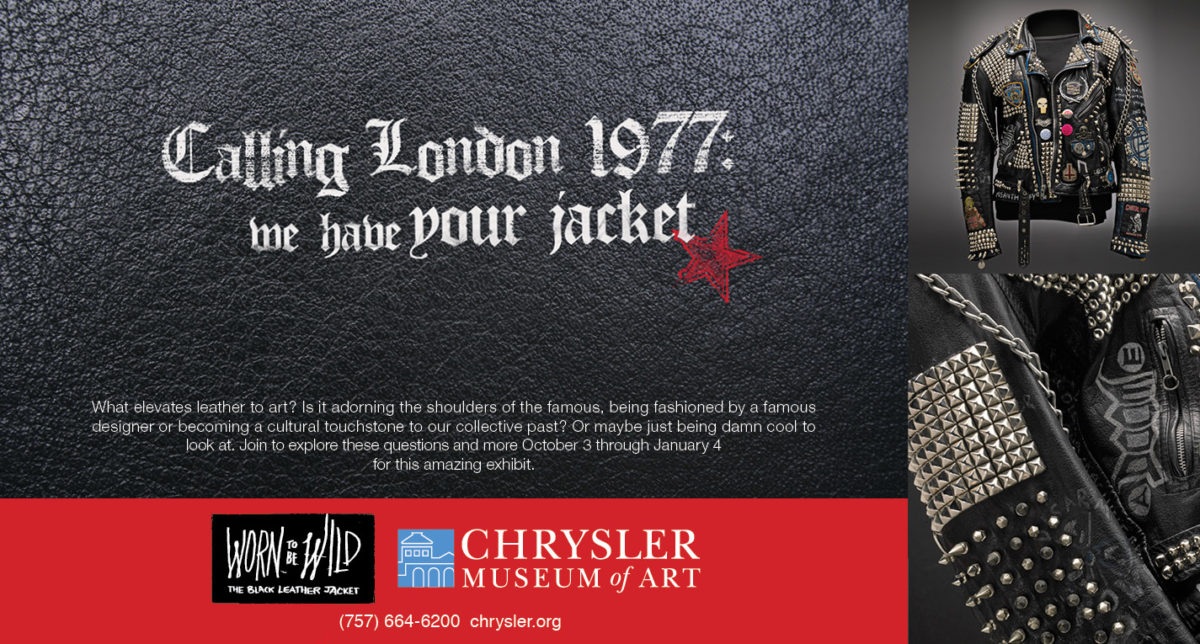 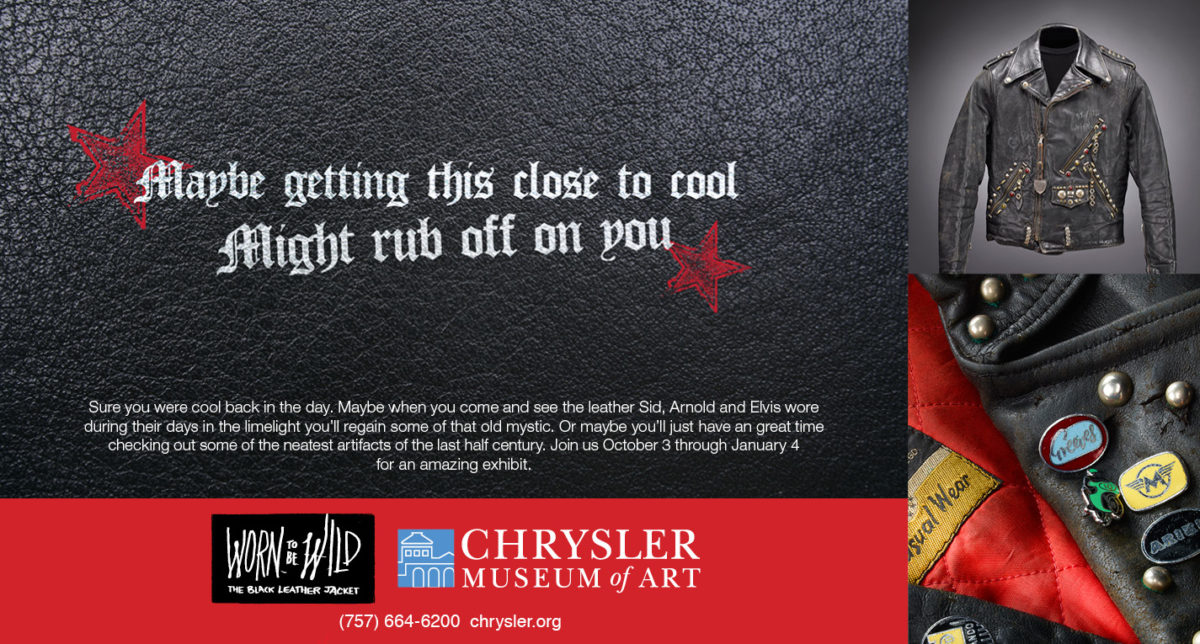 First Draft
First Draft is a show I created all about Craft Beer. Available on Amazon Prime.

I worked with Good Thinking Atlanta on a branding and collateral project for the City of Refuge. I positioned the brand, wrote the tagline, and a brochure to help better define the City of Refuge among Atlanta charities. In the process, I met some pretty amazing and inspirational people. After we finished the branding, I produced a short film. 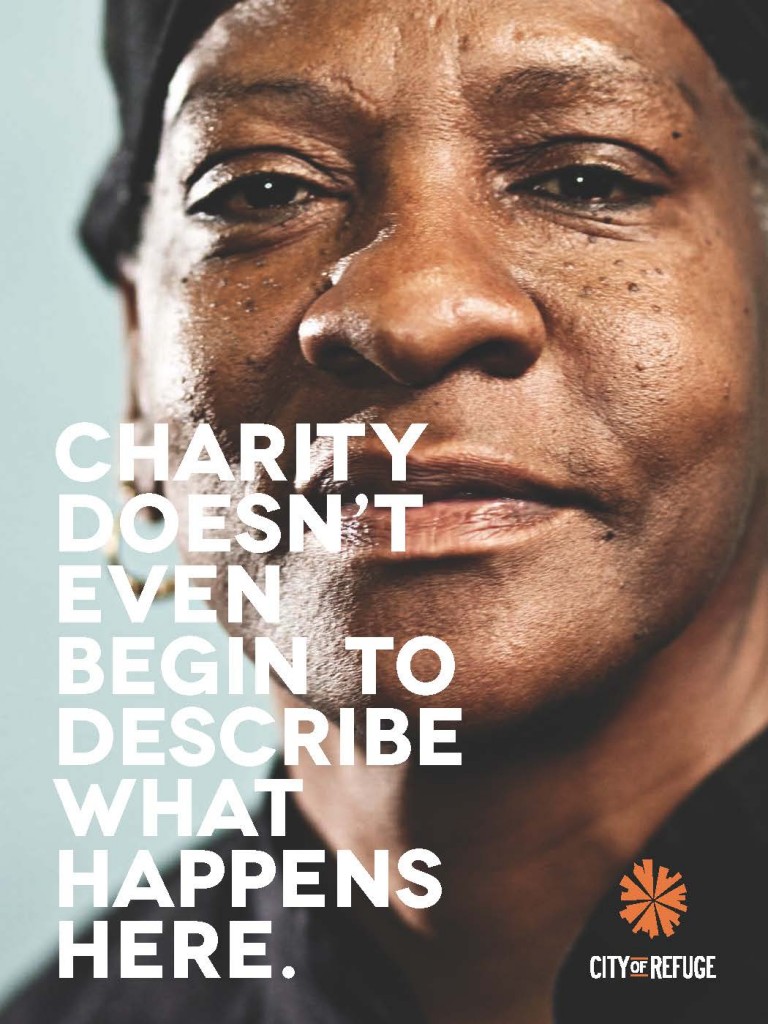 Manheim’s customers were feeling disconnected from the brand. This integrated campaign included a website, emails, 10 POP pieces, 2 DMs, 6 print ads, 24 online videos, more banners than I can count, and even an online game.  The campaign demonstrates to dealers that Manheim understands and supports them. It worked really, really well too. 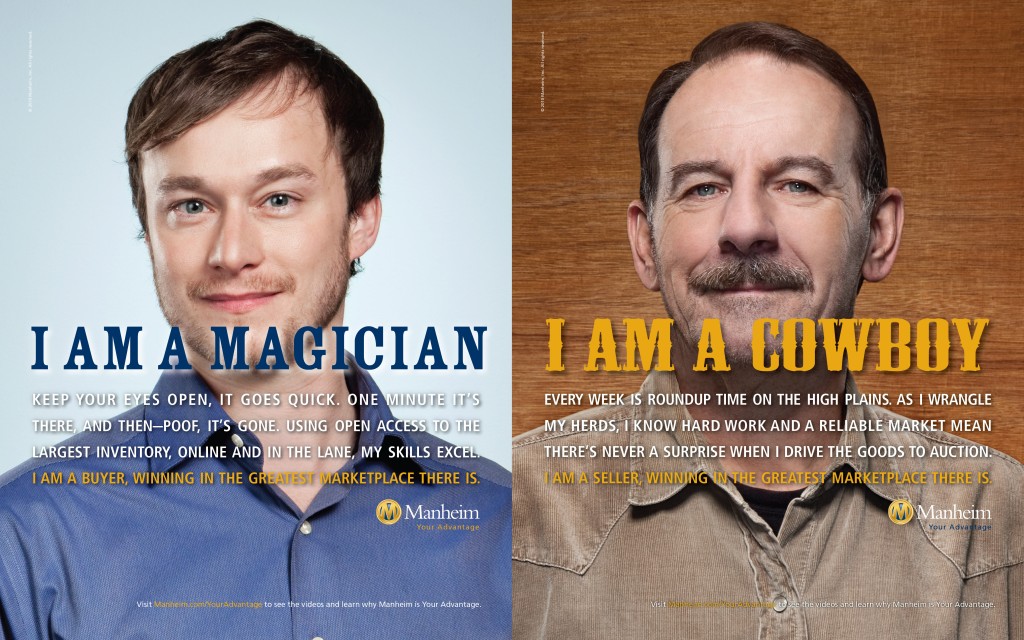 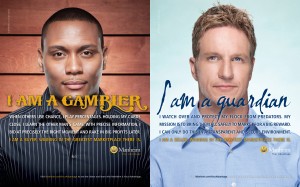 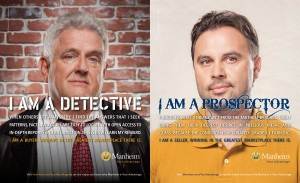 This was one of those fun little ads you do on a low budget when no one is looking over your shoulder. 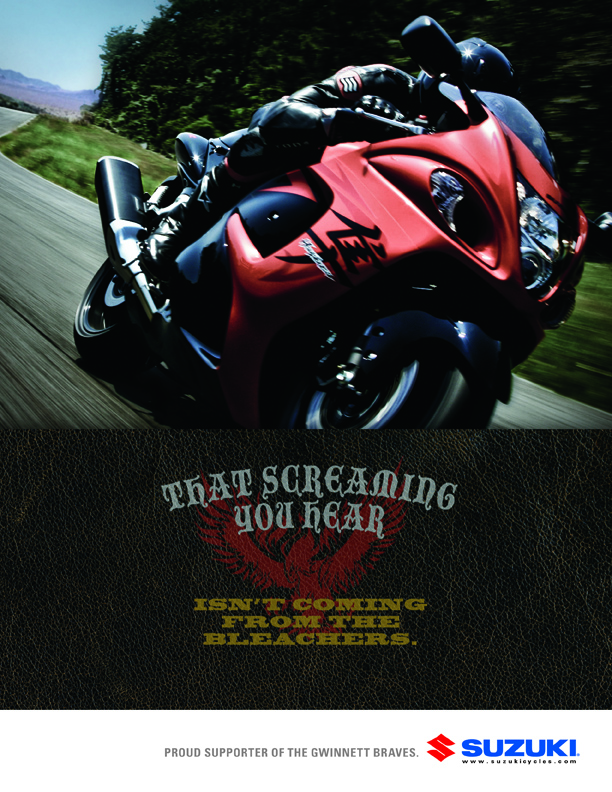 Alliance Theatre
The Alliance Theatre needed to honor their artistic director after 10 years of service. I directed and edited this piece which premiered at their season-opening Gala.

McCormick needed a video for a trade show. We figured they might as well do something nice and also use it online. I wrote, directed, shot, and edited.

The Museum of the American Cocktail 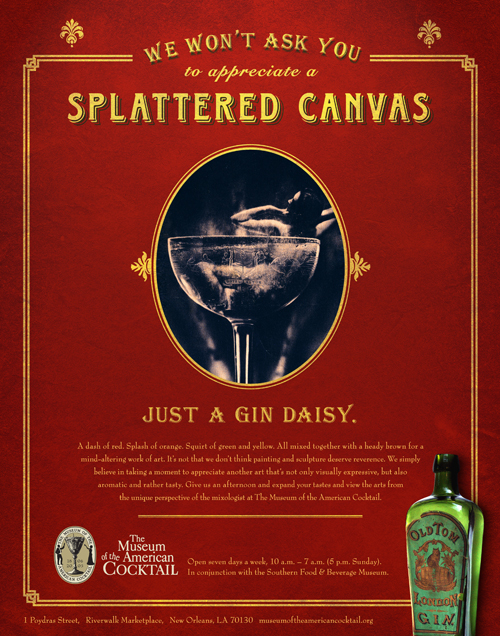 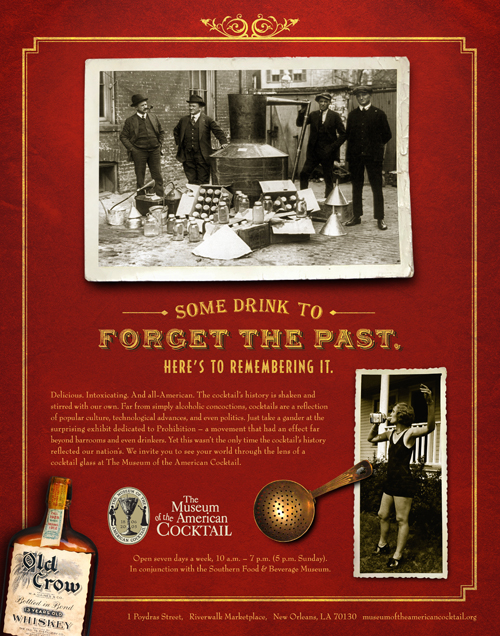 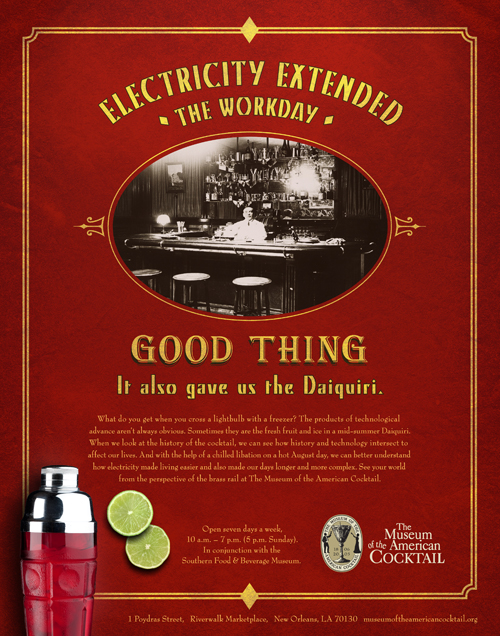 We did a website for the Bantam Group that turned into a branding project and a completely new way for them to market themselves. It also turned into an Addy. 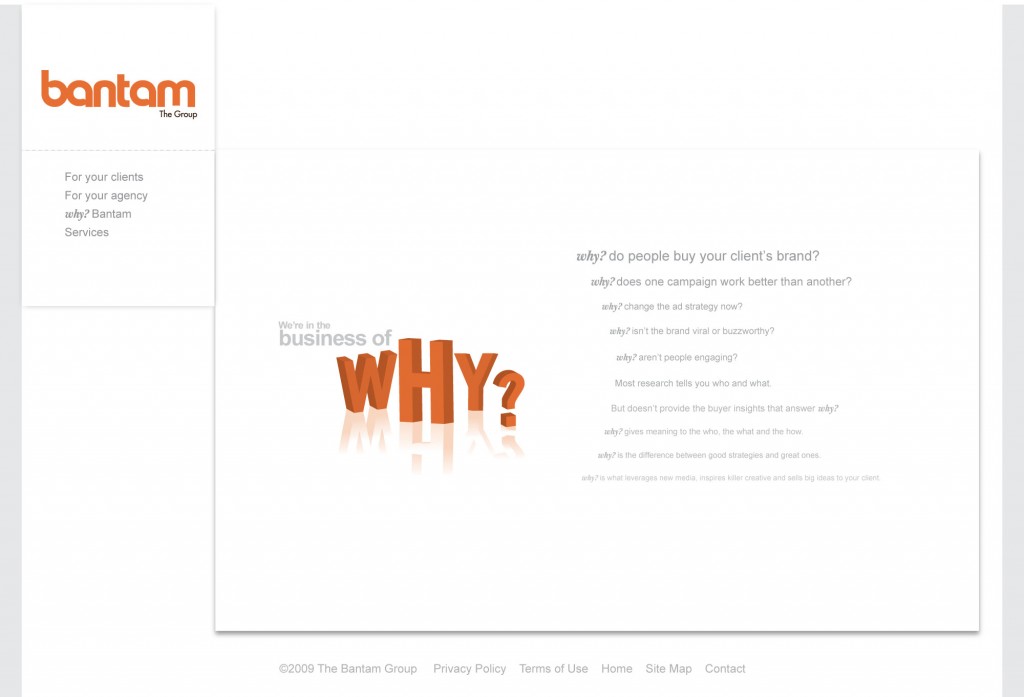 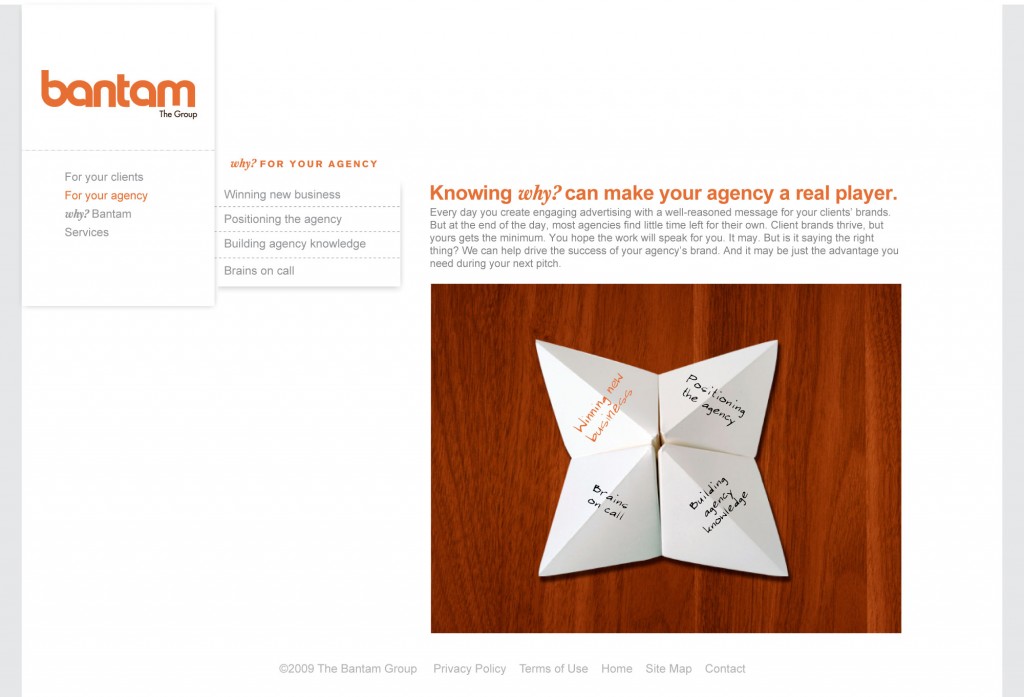 Sometimes the line between award-show work and real work is indiscernible. I like those sometimes a lot. 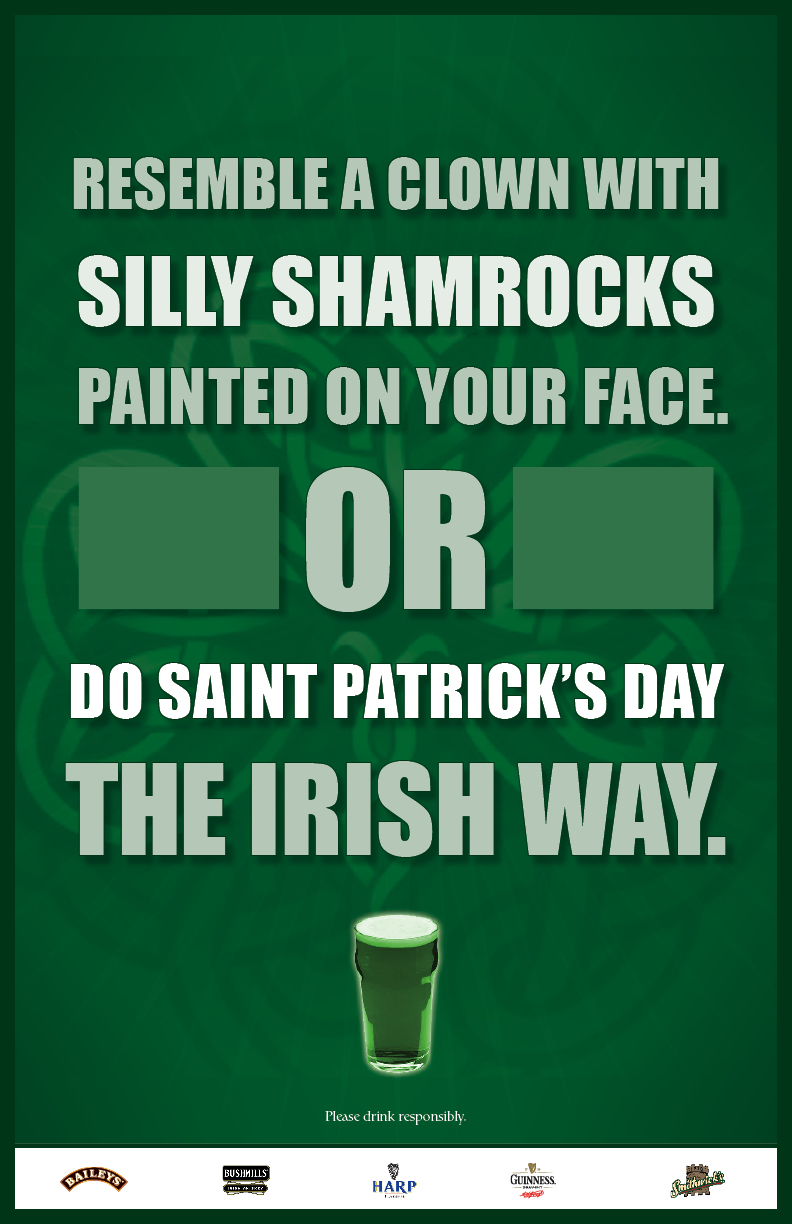 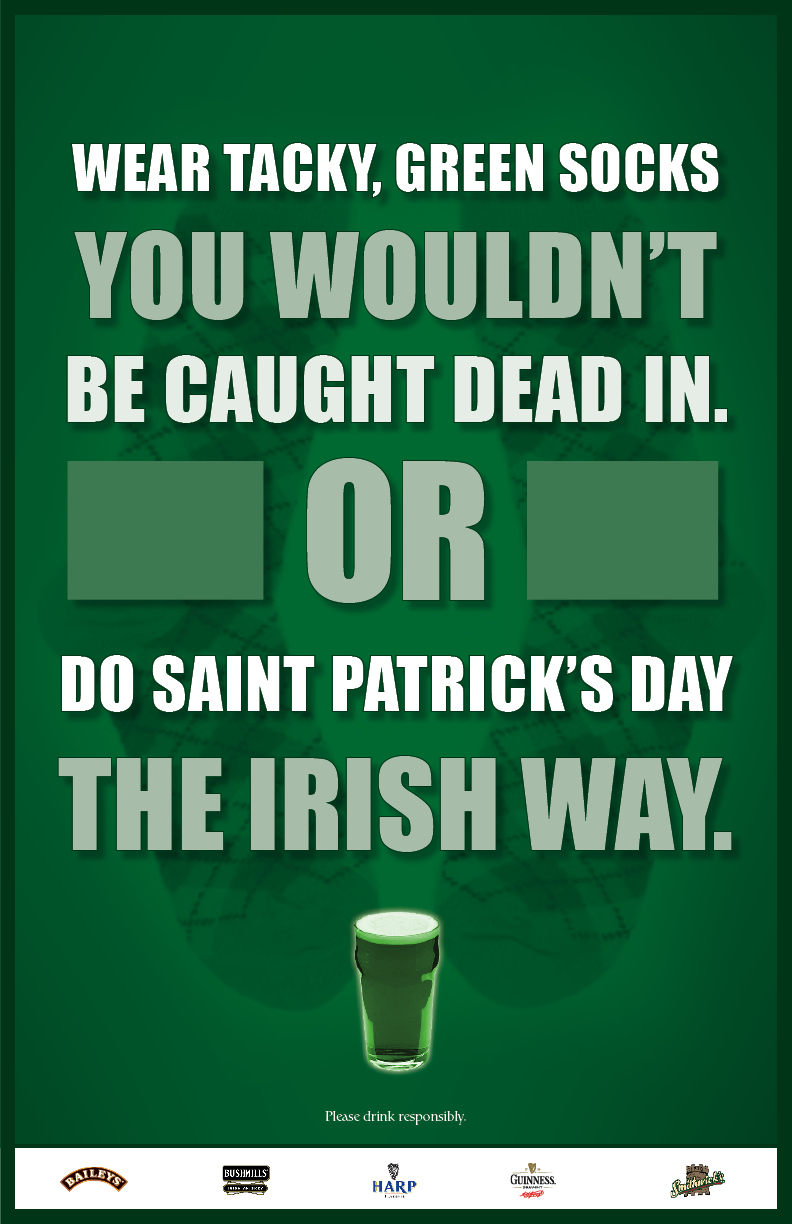 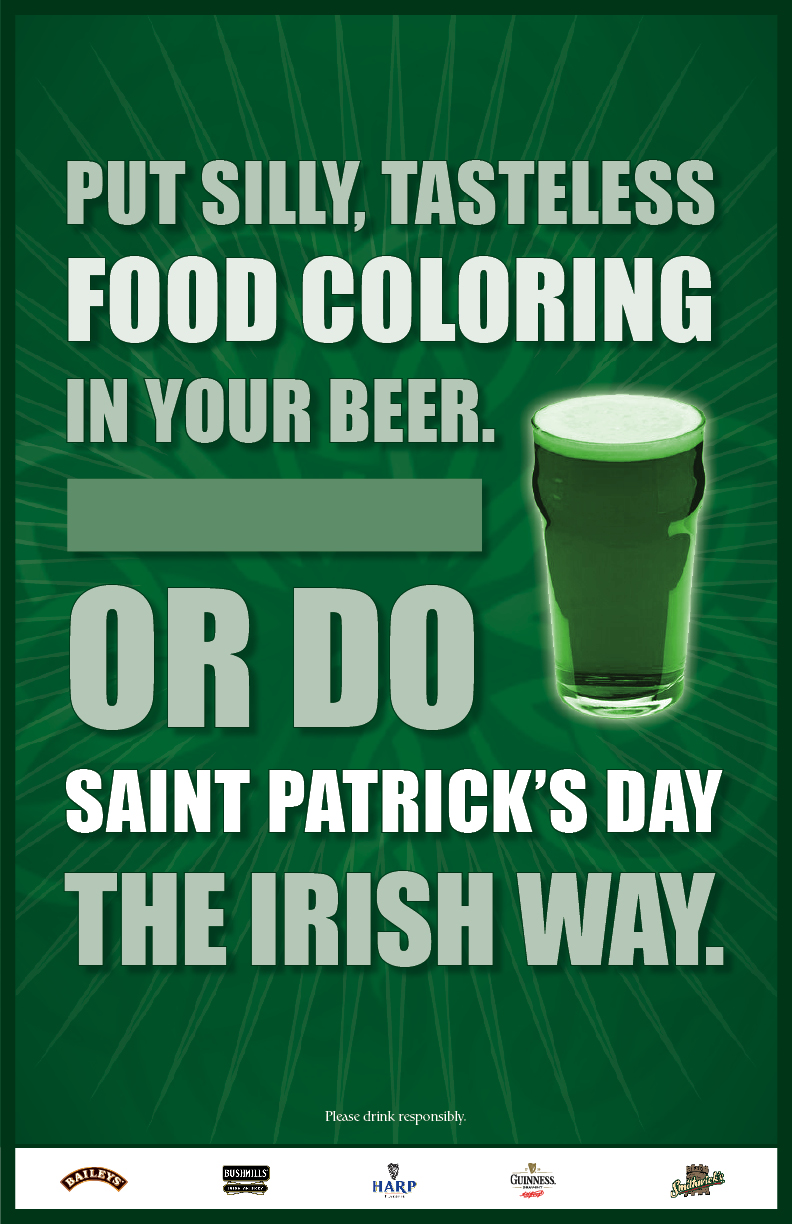 Just because it’s real estate on the radio doesn’t mean it has to be boring.

Reality can be funny. 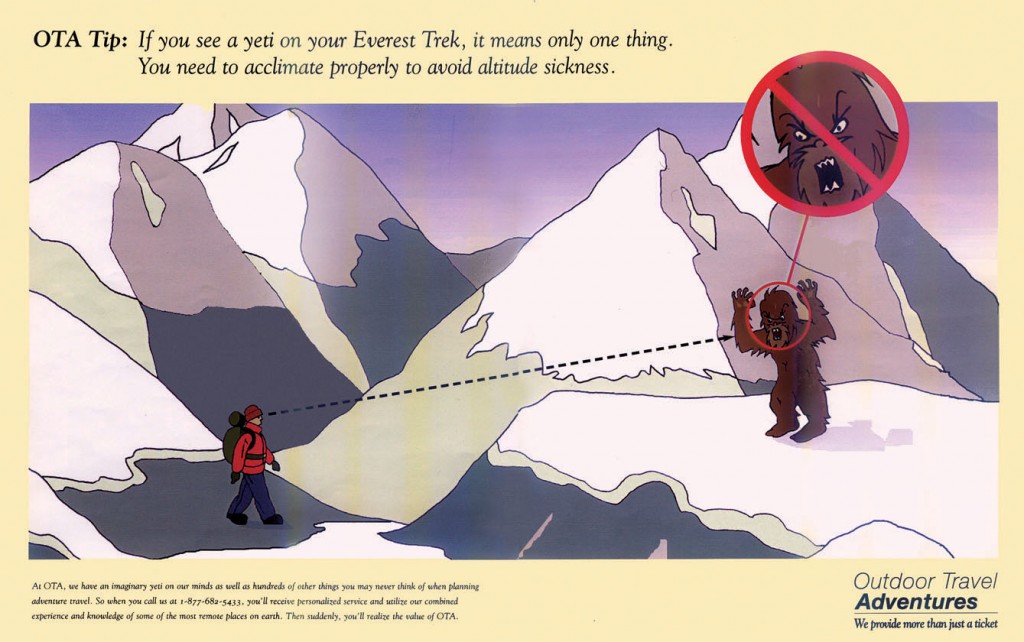 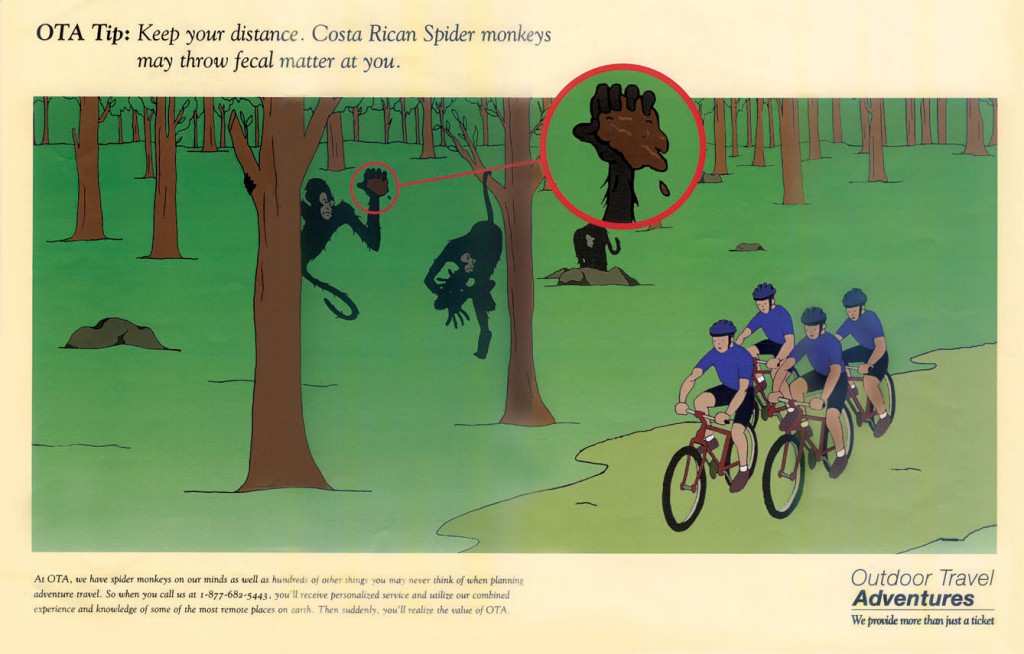 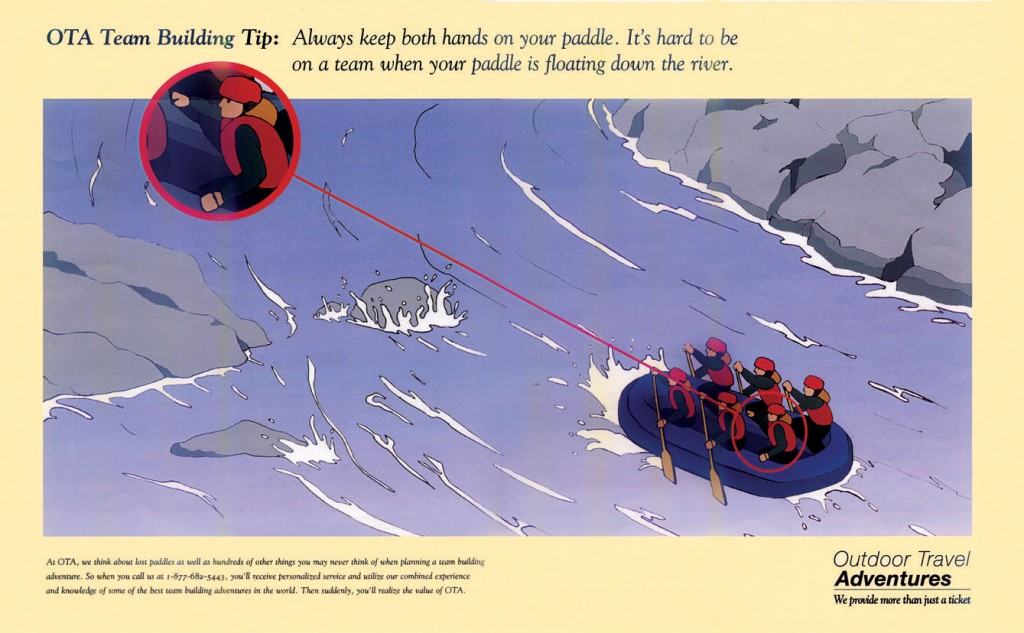 I’m not sure what I enjoyed more – the work, the awards, or the free tickets. 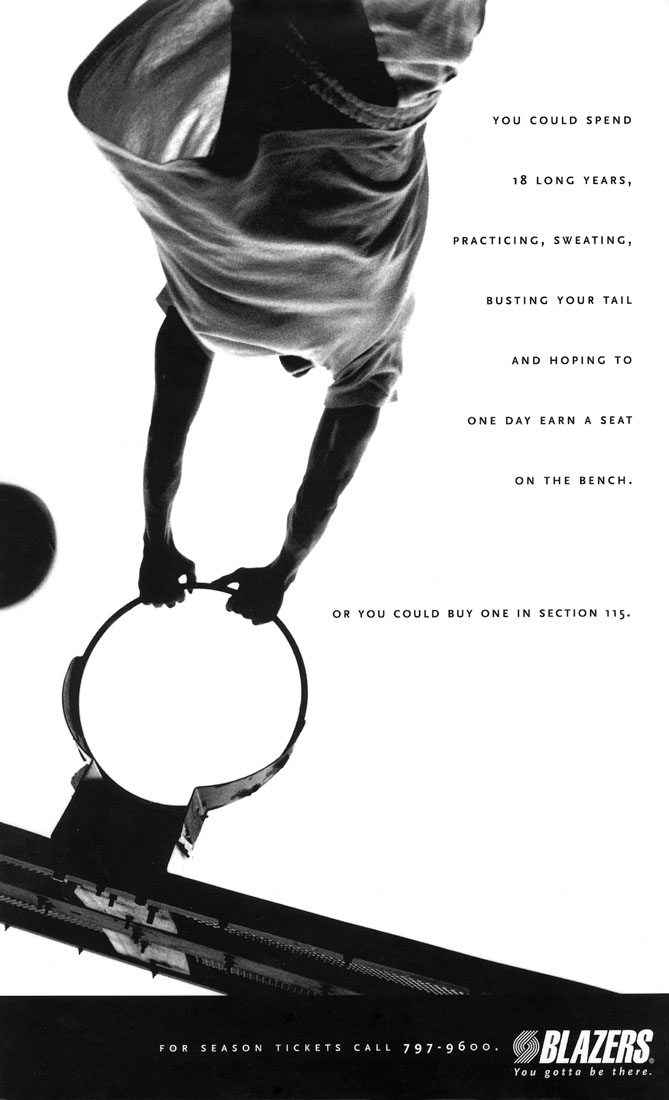 I spent a year in Santa Monica working only on Oakley. There are worse places and accounts to get stuck. 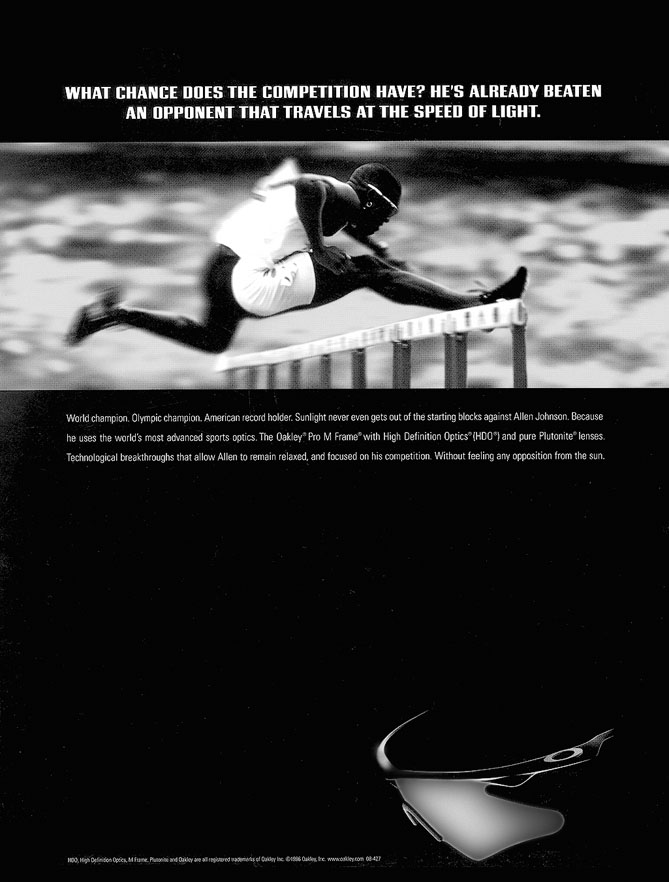 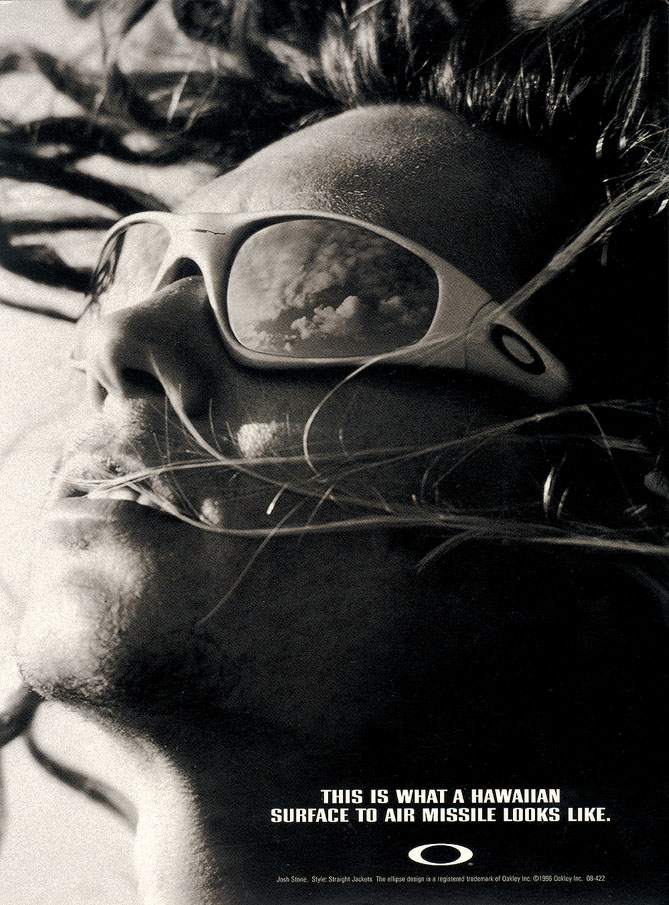 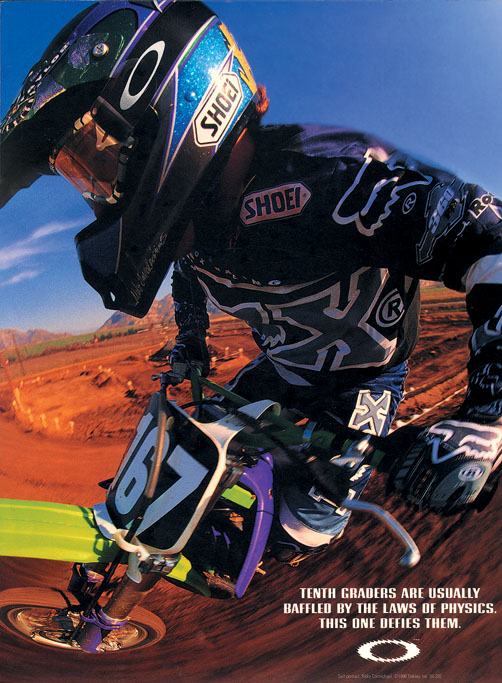 When I was in Portland, I used to work with this car dealer who liked it when we made interesting commercials. This one won an International Automotive Advertising Awards Gold – beating out big-budget brand ads from the likes of oh, Mercedes, Honda, and Ford. Don’t ever let anyone tell you can’t do great work for certain brands.

Earth moving machines are less glamorous than sunglasses but they can still be fun. 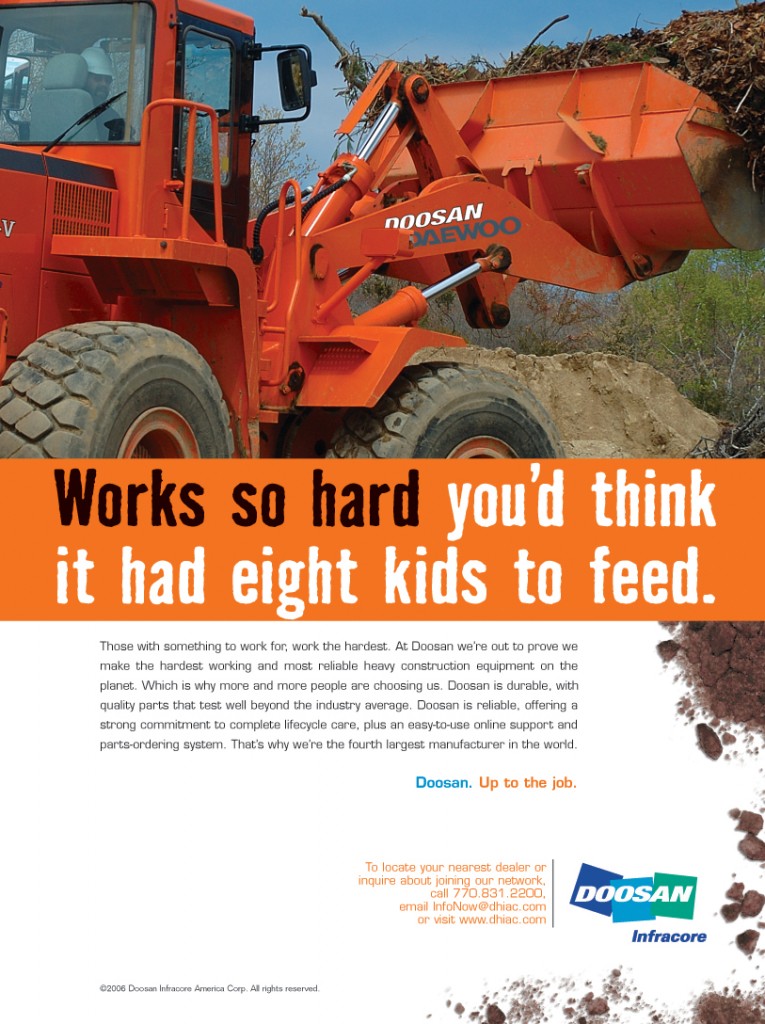 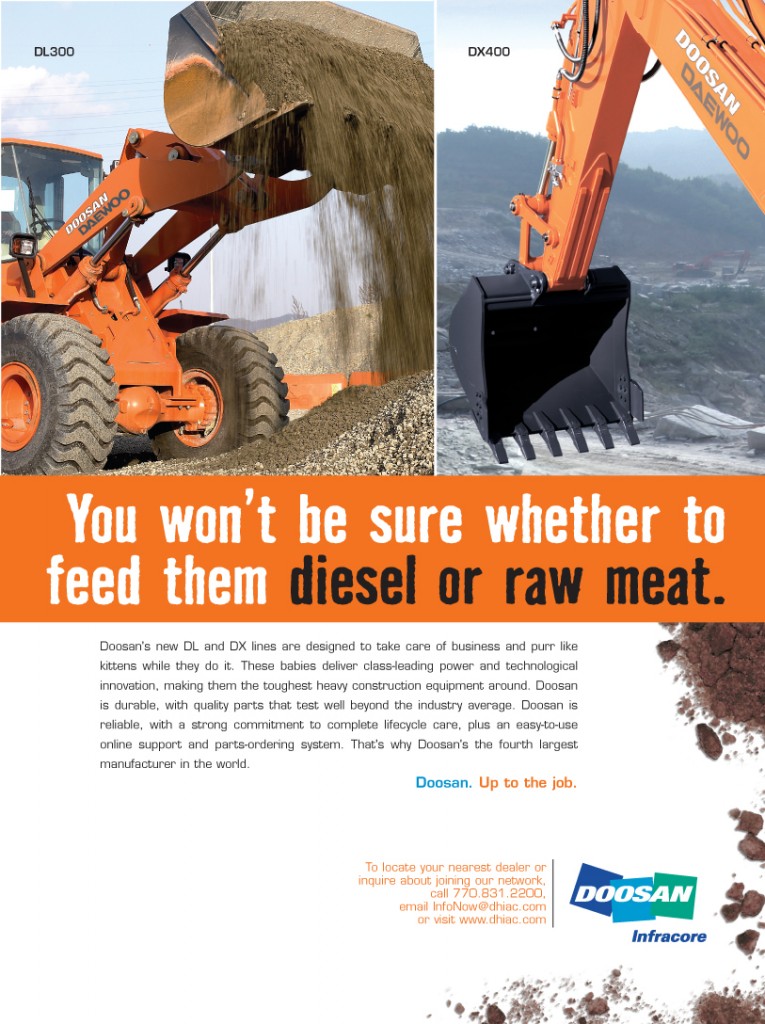 I’ll admit that this one got killed. But it felt good anyway. 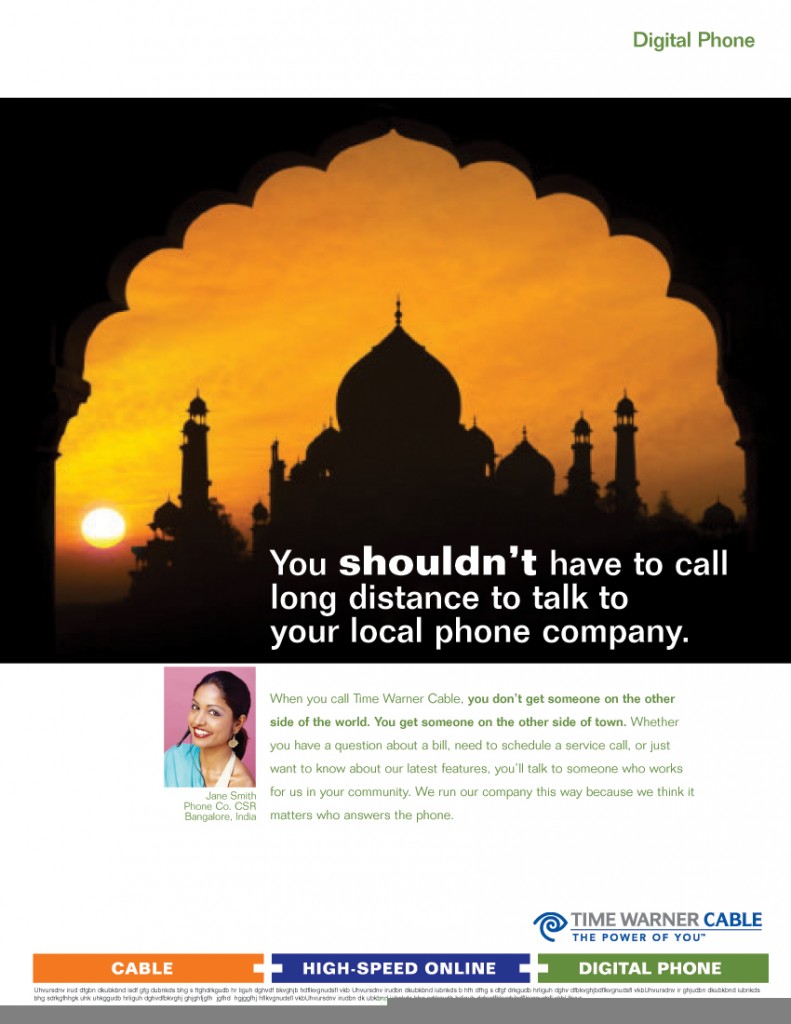