Last night the Wrigley corporation was faced with a difficult situation. A really stupid analogy was made by Donald Trump Jr. comparing skittles to potential terrorist refugees. 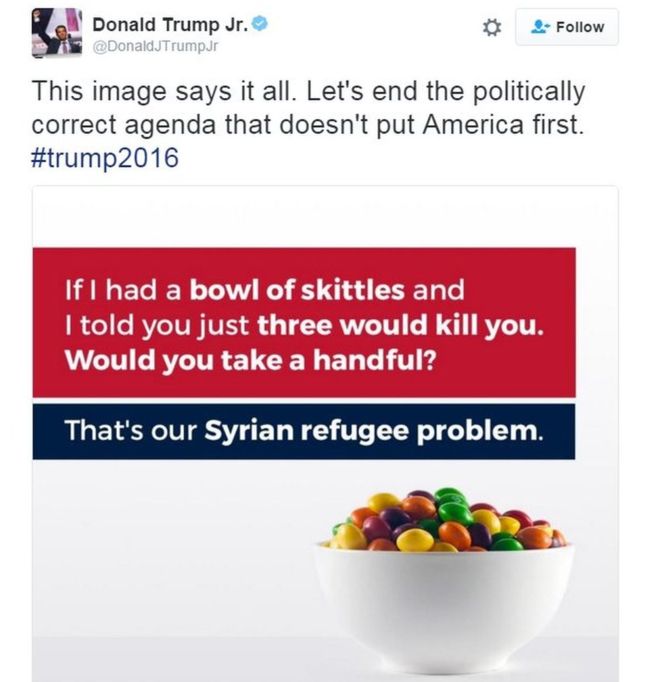 Not only did Wrigley’s take the highroad, they shut the conversation down by saying continuing it could be misconstrued as marketing. And we all know that anyone in the marketing business loves free marketing via the press. Except, of course, when it involves their product being compared to terrorists by the one of the least liked politicians in American history. Full text here:

“Skittles are candy. Refugees are people. We don’t feel it’s an appropriate analogy.

“We will respectfully refrain from further commentary as anything we say could be misinterpreted as marketing.”

Generally in advertising we love analogies. Analogies are very imprecise and allow advertisers to associate things that really have no true relationship at all. This can make the obtuse understandable like when  Prudential compares the stability of their insurance product to a rock.  Or can just be fun and positive like when comparing the special occurrence of a rainbow to the opportunity to eat Skittles candy. And I for one would much rather “taste the rainbow” than a potential terrorist refugee.