When Colin Kaepernick took a knee during the pledge he gave his employer, the NFL, has a difficult brand problem. Many of its biggest customers started to say the NFL’s stars are anti-American. Politics is somewhere most brands and anyone in business probably shouldn’t go if it’s not literally their business. However for Kaepernick, if jersey sales are a true indication, it seems to be playing out pretty well. Probably helped by the fact that he’s taken the position of trying to be part of the solution through donating $1,000,000. Also it helps to be in the politically left leaning San Francisco Bay Area for both him and the 49ers.

But what about America at large where the majority of the NFL’s customers live? And how do the customers of the brands who advertise with the NFL feel? There’s clearly a diversity of thought on the issue. And now that social media is such a huge part of people’s daily lives, it becomes pretty difficult to reconcile everyone’s feeling while players continue to take a knee. Fortunately the NFL has a very strong brand that can withstand a lot of strife before they are in danger of losing significant market share.

Starbucks is an example of a major brand that has weighed into political issues and did not suffer too much for their bumbling. They were widely derided for their race together cups that no one really thought were a good idea besides the CEO. Fortunately, the brand had enough good will that customers didn’t abandon them. It also helped that people believed that their intentions were positive and not meant to be divisive. I think the NFL is in a similar situation – most viewers love the brand and want to see it succeed. 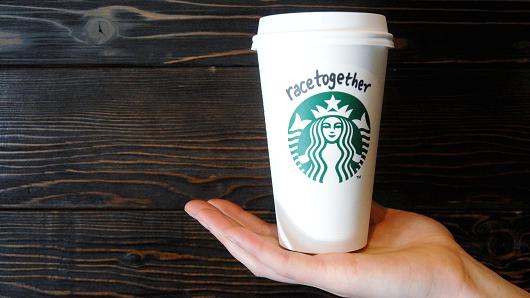 So what can the NFL do to keep everyone happy? Well, not everyone is ever going to be happy. Usually, a brand just has to get on the side what ever side their customers are on. Difficult when it comes to politics. Fining Kaepernick and anyone else who doesn’t stand for the pledge probably would have worked 10 years ago but not today in the age of Instagram and instant outrage. Plus it just hides the problem and fixes nothing.

They can also try to play to both sides and try to ride it out. Say they respect the police and also embrace the concerns that their stars have. The brand’s goodwill will likely allow them to hold this position. The league’s commissioner just made a statement yesterday which seems that this is the direction they’re taking.

The third way would be to embrace the issue. Decide that the NFL was going to be the leader in healing. Host events where cops and players get involved in discussing the issue and hopefully building bridges in the communities. Imagine NFL ride alongs and cop football hosted at NFL facilities. Unlike putting pink ribbons on helmets, this would take a lot of courage but could pay off huge dividends for the brand if well handled.