In Creativity, Inc, Ed Catmul, the founder of Pixar tells the story of the creation and success of Pixar and also breaks down why he believes they have been so successful in producing blockbuster after blockbuster. Most of all, Creativity, Inc. is Ed’s story and his philosophy on running a creative business. He also delves into his relationship with Steve Jobs and attempts to present him as a more multifaceted character than the stereotype ranting egomaniac he’s know as. 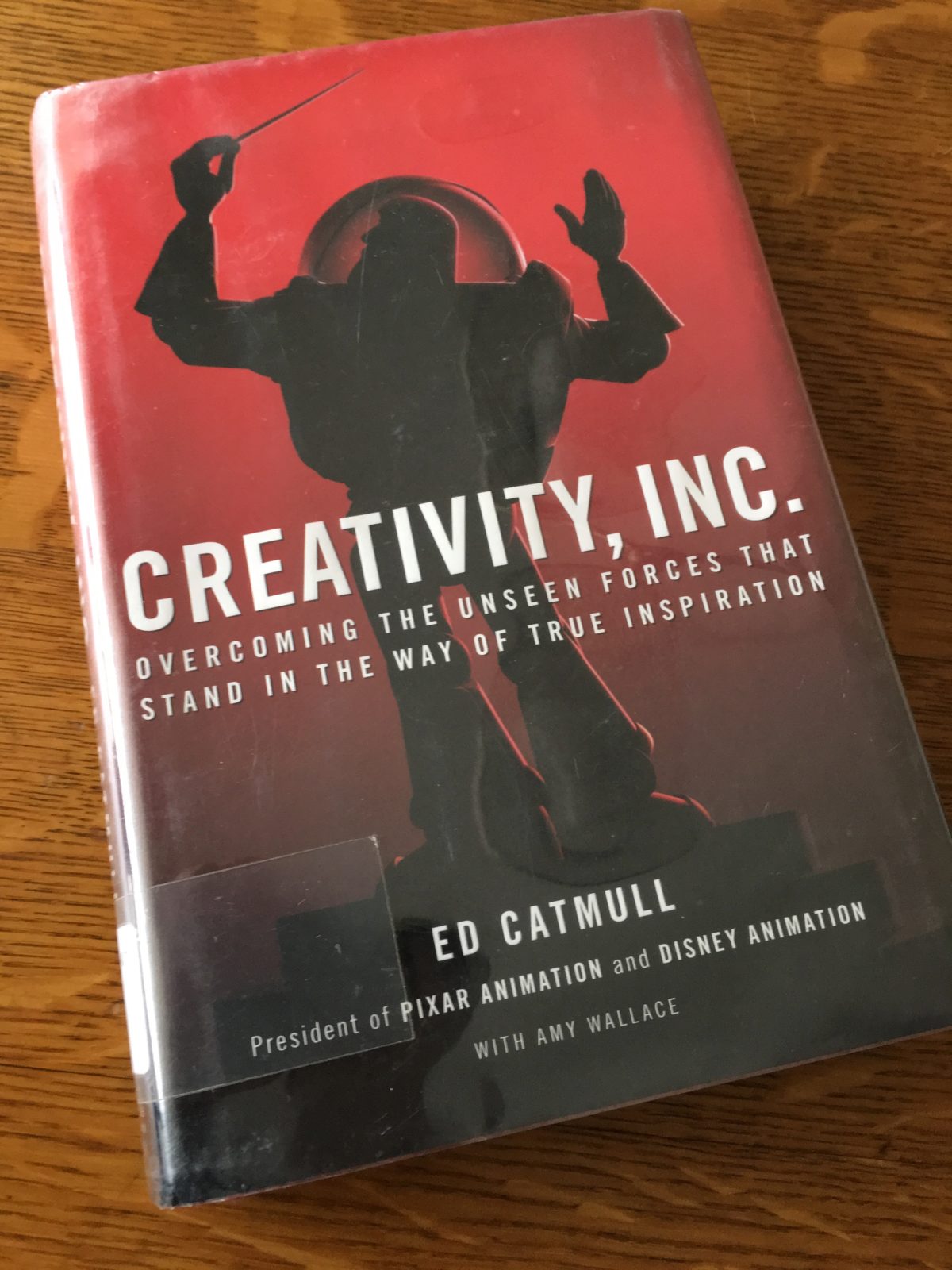 The subtitle of the book, “Overcoming the Unseen Forces That Stand in the Way of True Inspiration” is what sparked my interest. I’ve worked with, for, and at many ad agencies as well as managed creatives so I sympathize with the struggles Ed faced in helping create successful work at Pixar. Unfortunately, the book presents no magic bullets although it is filled with helpful advice for those in the creative fields.

He stresses many of the things successful ad agency management does. And points out how many of the same dumb things less creative ad agencies do that. Like would you believe having others creatives provide feedback on a project, not just the boss might lead to some break throughs? Or would you believe that too much structure and cost focus might stifle creativity?

One of the points he really hits over and over is how failing can lead to breakthrough and how we must embrace it. Unfortunately, this is one thing that’s tolerated less in today’s fast paced agency environment.  We can’t fuck up these days because the client needed it yesterday. Fear, of course, paves the road to mediocrity.

Bottom line, this book is enjoyable for anyone who loves Pixar or could use a few pointers on managing creatives. Ed’s background is as academic and then a manager, not a creative. So his perspective is a bit different than that of a writer or director. But sometimes it’s nice get another perspective.